Short history of the Flon

While being in the middle of the city of Lausanne, Quartier du Flon is nonetheless characterized by a distinct identity.

Quartier du Flon has now become an innovative district, yet bearing in itself the strength of its industrial past. Even its name reminds us of its origins.

A river ran through it

Around 1740, as the Mercier family moves to the banks of the Flon with a view to setting up a tannery, the Flon valley was a natural, inhabited valley ran through by a river. With the dawn of the industrial revolution in the 19th century, new sawmills, fullers and tanneries were established in the Flon valley, bringing with them an unsavoury reputation caused by the malodorous business of leather working. The people of Lausanne avoided the area.

A disappearing river and a flattening valley

In 1832, a cholera epidemic led the town to bridge the Flon and the Louve, another river running through Lausanne. Authorities started to fill in the Flon upstream and to slightly level off a belt of land around the river. They constructed the Pont Pichard bridge, with its double span of 25-metre high arches.

In 1868, two courageous entrepreneurs, Louis Gonin and the tanner Jean-Jacques Mercier-Marcel were hoping to be part of the industrial boom and submitted an ambitious plan to the town. They conceived a goods station serving a future railway linking Lausanne and Ouchy, together with a warehousing depot. The railway would be powered by the channeling of the Grenet waters and Lac de Bret towards Lausanne. In return for assuming the cost of all the works starting in June 1875, the newly founded company became the owner of the whole valley.

A packed down valley and multiplying warehouses

The soil excavated from the tunnels dug between Lausanne and Ouchy were used to fill in the Flon below the Grand Pont. The first span of the Grand Pont’s arches disappeared ; the station and the Lausanne-Ouchy funicular railway were inaugurated in 1877. The valley was gradually levelled out, giving rise to the Flon platform which was quickly occupied by warehouses (served by a goods wagon system).

At the start of the 20th century, the Flon platform became the main goods station for the city of Lausanne, which now has a population of around 47,000. The family business gradually became a real estate company, acquiring over time several properties in Lausanne. Because of the platform's rapid development, discussions were held between the municipal authority and the Company. New building regulations are concluded in 1930. The fundamentals of the agreement were valid until 1980.

In the early 1950s, interest in depots were waning, which led to the disuse of the Flon. Furthermore, the platform was at the time connected to the rest of the city and its rail network no longer had a purpose. The forerunner of the LO Group was then essentially managing the transportation of passengers between Ouchy and the Flon station. It carried on the management of the vacated buildings which were transformed into offices, whilst others became cheap crafts and artists' studios. Flon was becoming a unique, creative and hip district.

Longing for a renewal: a district development plan hard to meet

The buildings were deteriorating. After a succession of unfortunate zoning plans as well as sequence of projects and counter-projects, in June 1999, the municipal authorities finally adopted a qualified plan addressing all the problems of the platform (District Development Plan). In the meantime, in 1984, the Compagnie du Chemin de fer Lausanne-Ouchy was divested of its transport business, to concentrate on managing and developing its property portfolio. It then assumed its name, LO Holding Lausanne-Ouchy SA, (LO Group or to LO).

Metamorphosis of a district

In order to undertake the transformation of the Quartier du Flon, a balanced solution was chosen: keeping the best from the past and using it to build for the future. The first decade of the 21st century was shaped by numerous constructions and renovation, resulting in transforming this platform into a new center of life, work, creativity and entertainment. New brands, new restaurants and new offices came and settled in the Flon. Those new tenants lived and worked alongside the former but still active tenants.

Since 2009, after a successful merger, Mobimo, the swiss real estate company, is pursuing the developments and improvements in the Quartier du Flon. 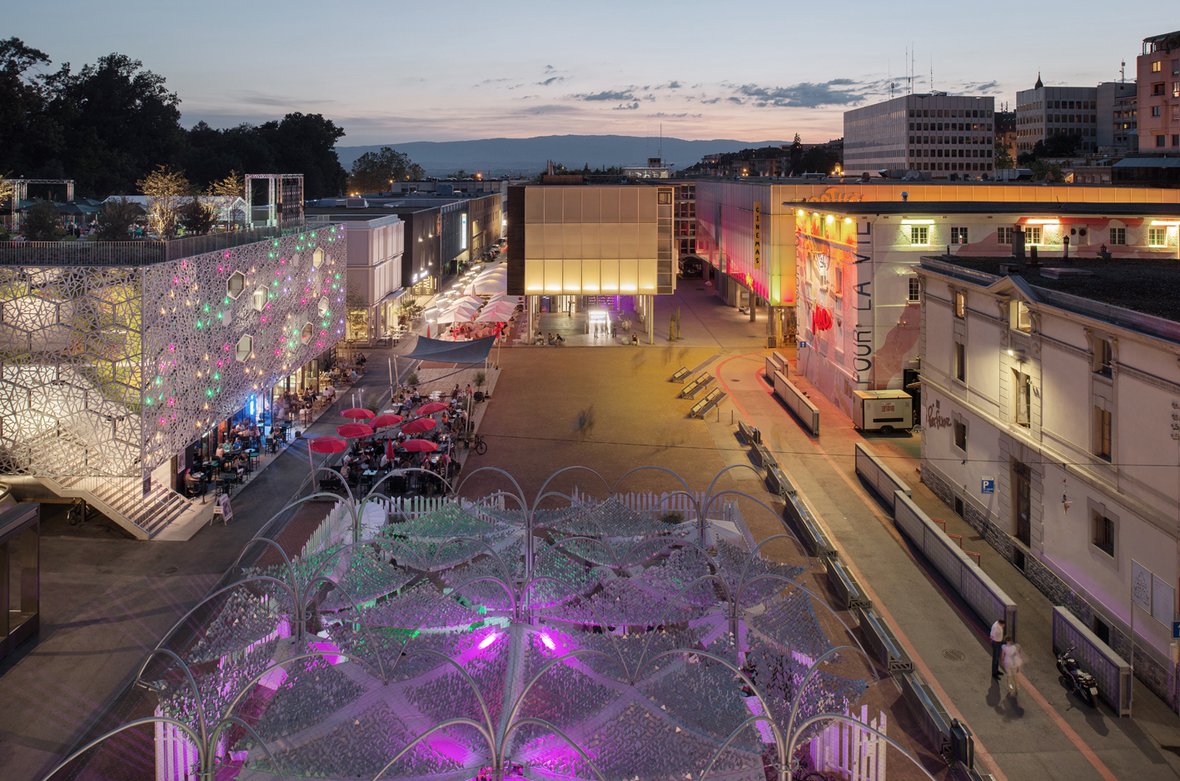 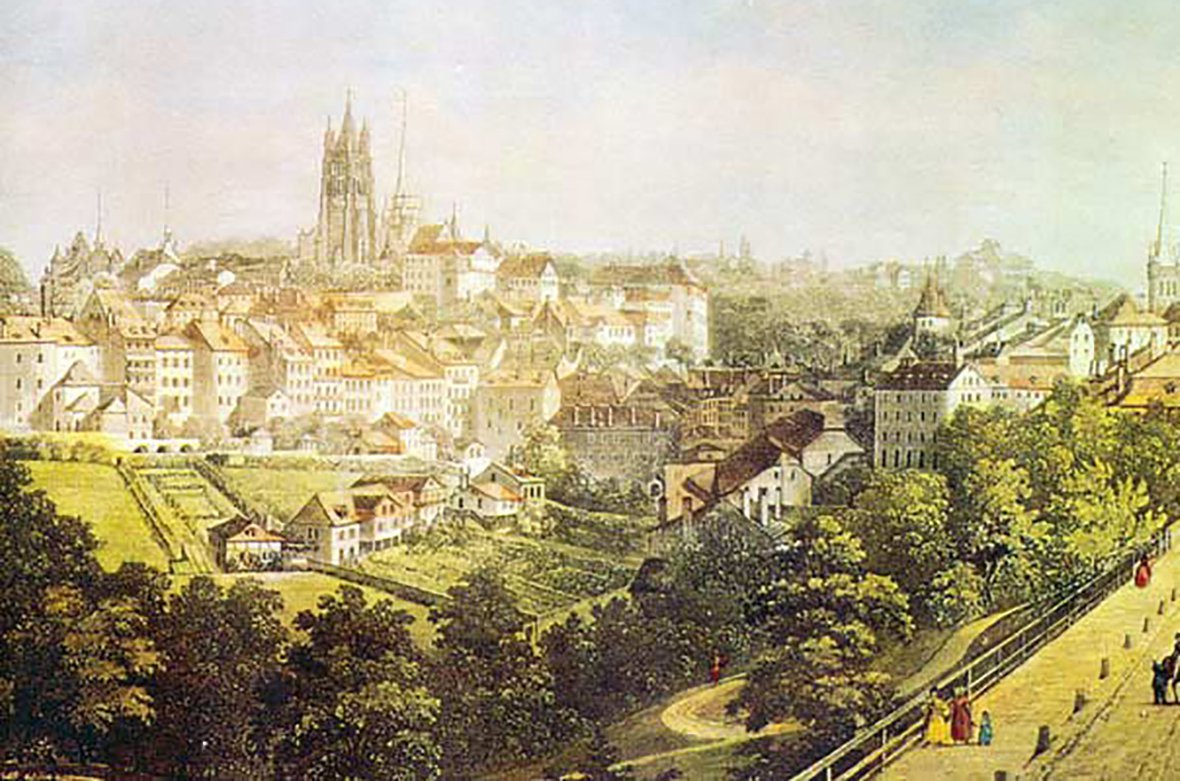 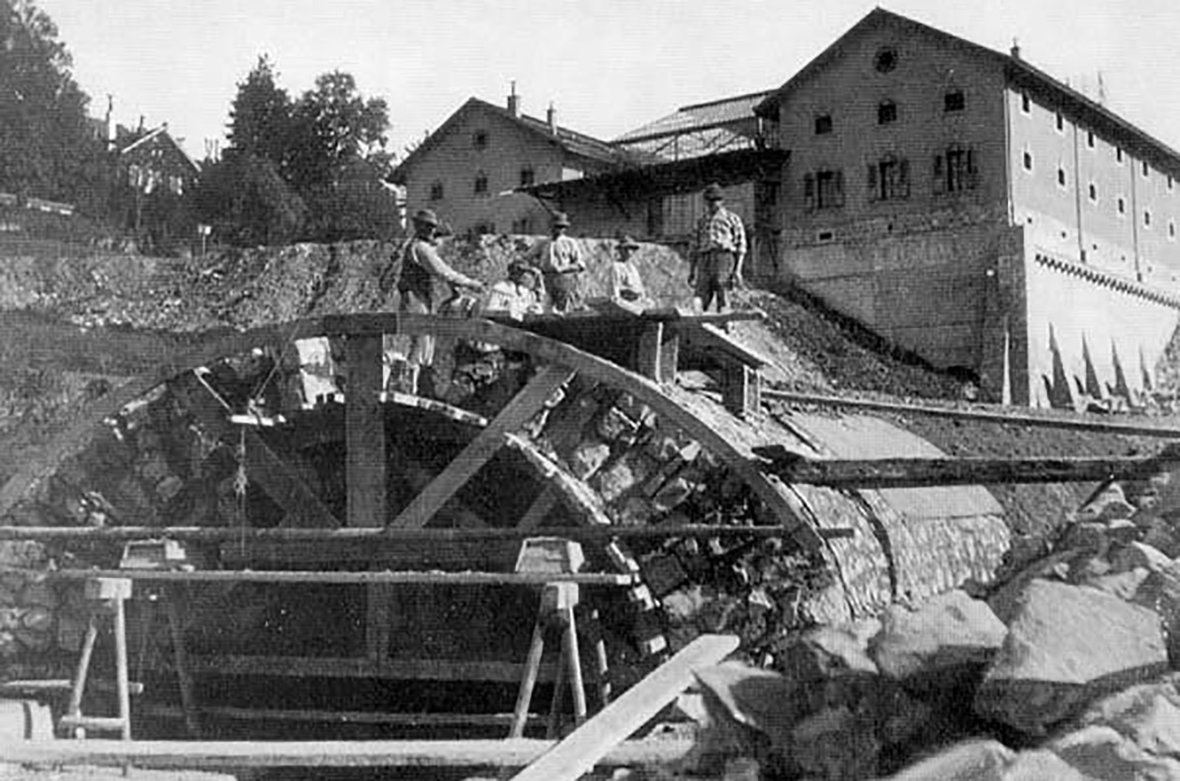 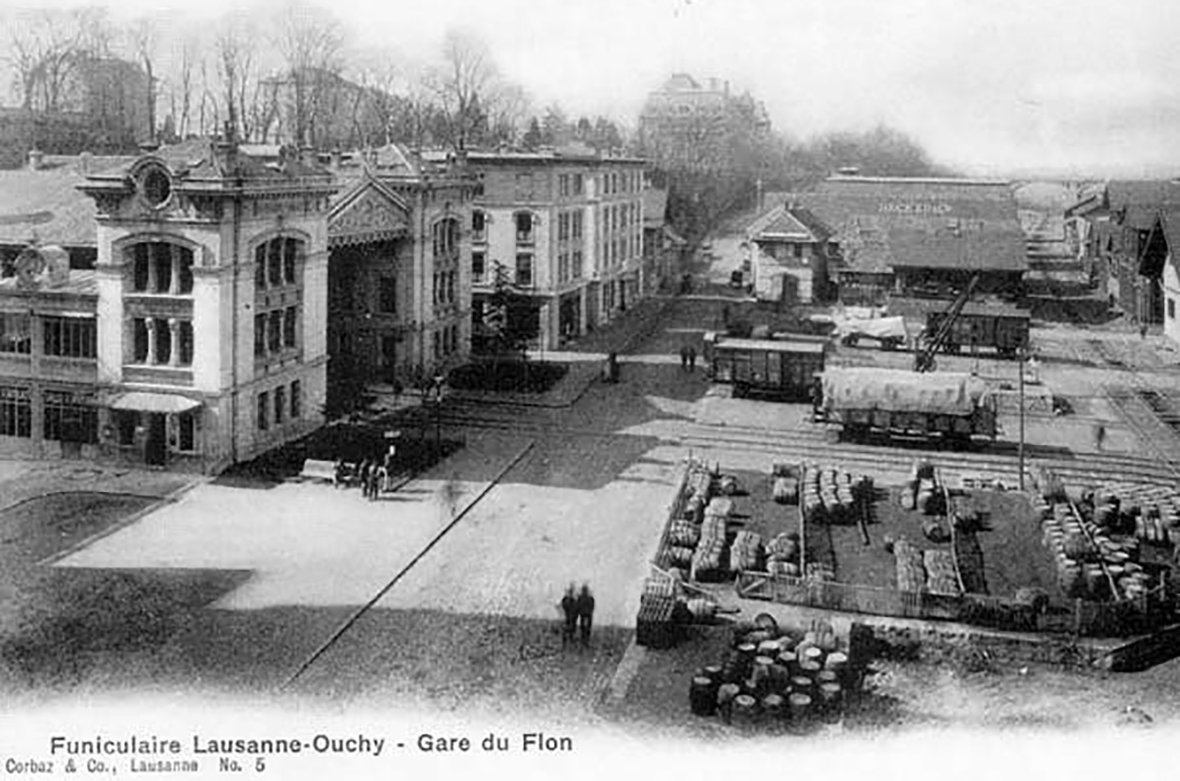 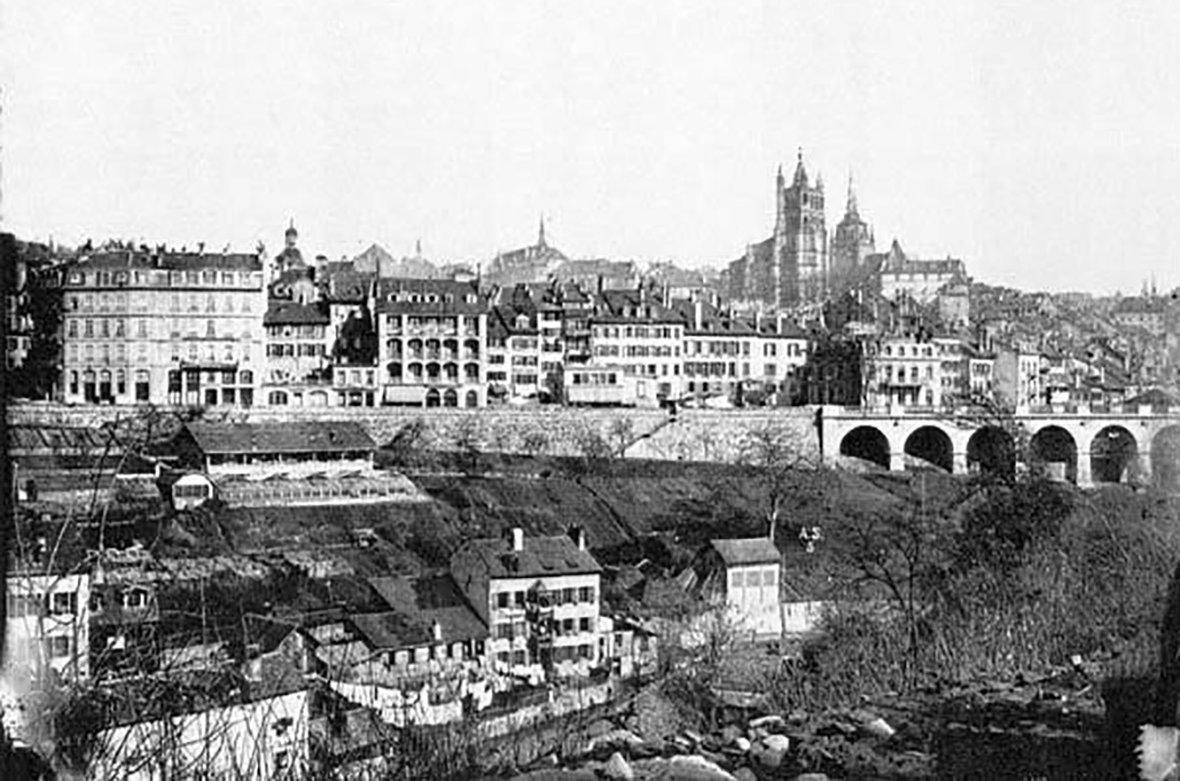 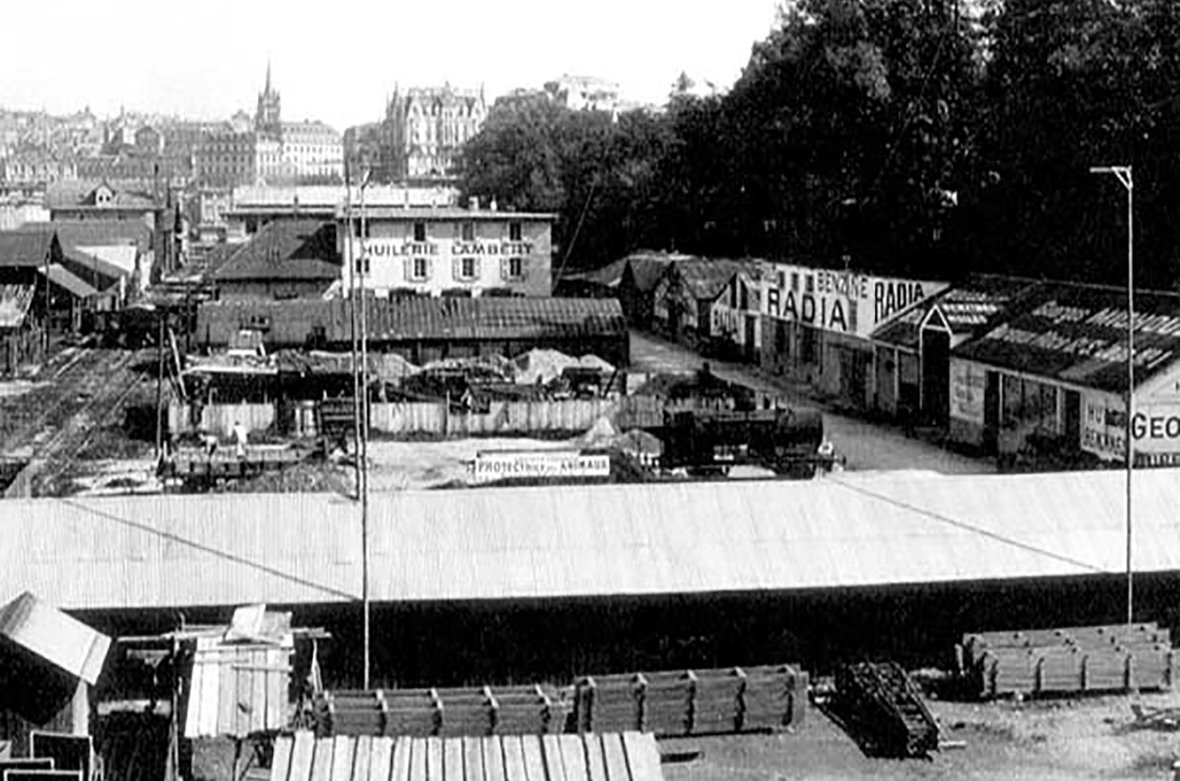 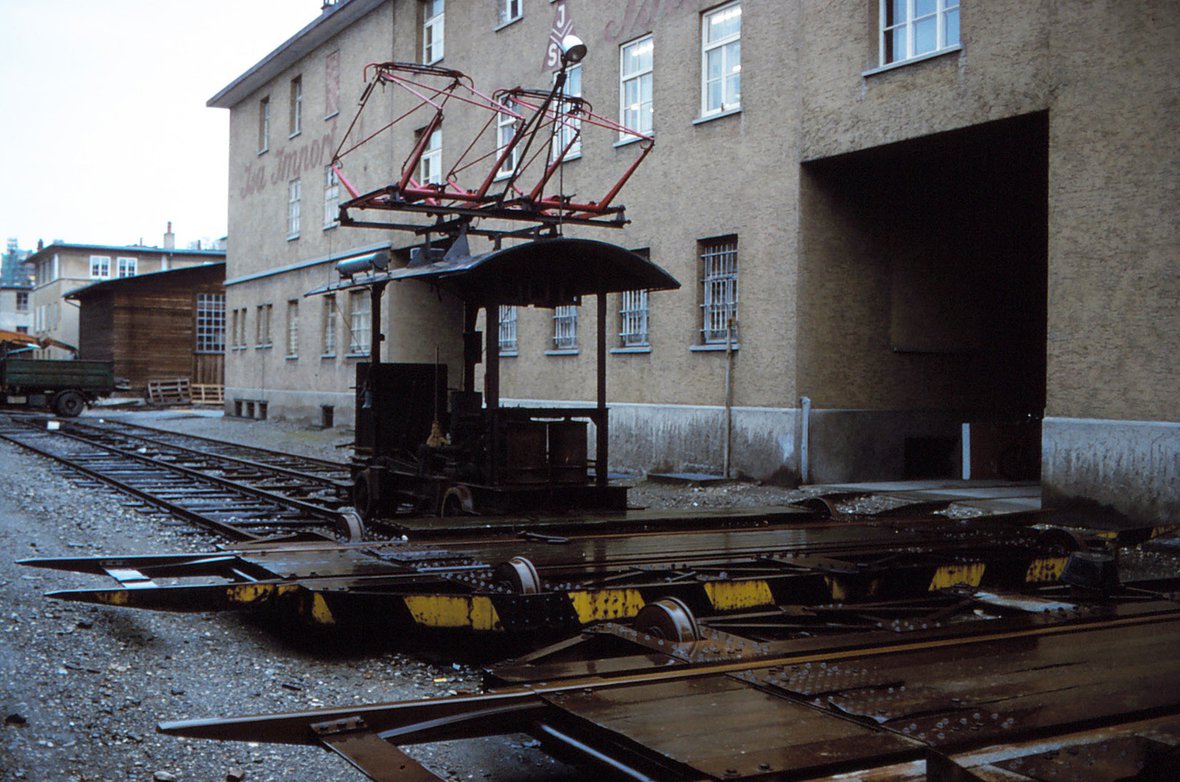 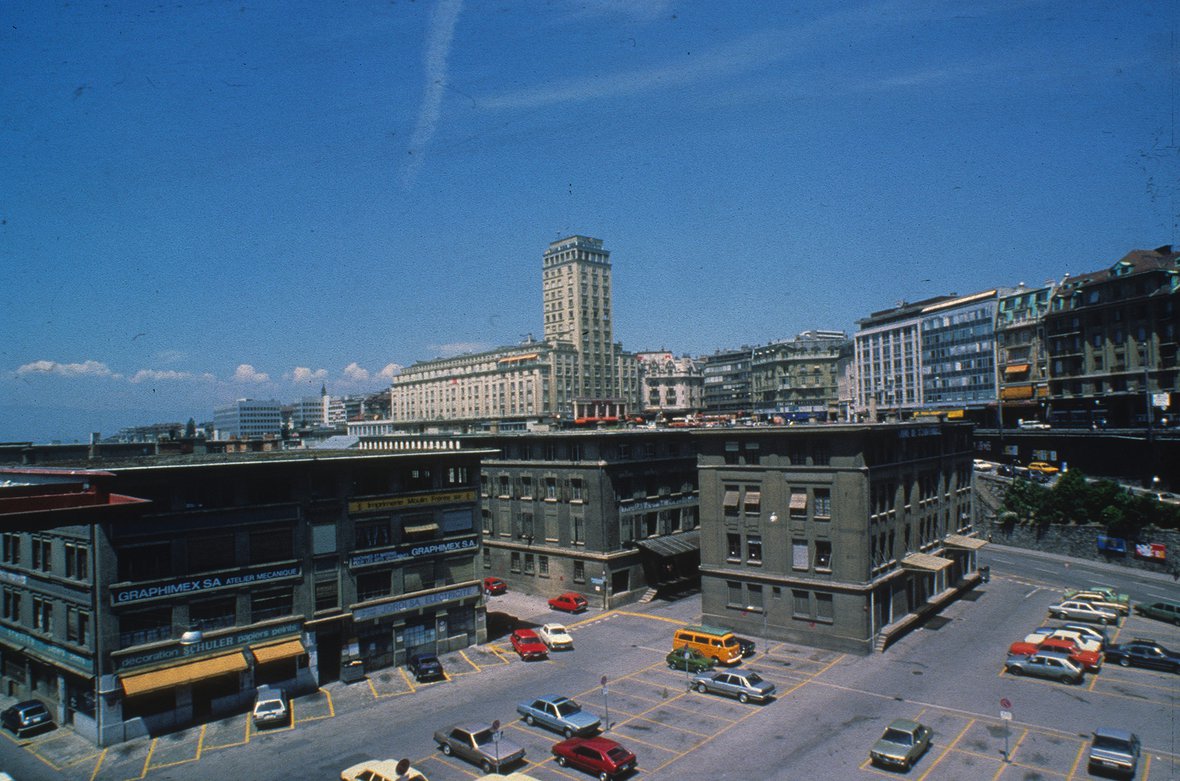