Quartier du Flon is a mainly pedestrian city centre district covering a total surface of 55'000 m2 and belonging to a single owner.

Quartier du Flon is the only flat area in Lausanne of such size. The Esplanade du Flon has become the district’s main focal point for activities and has been inaugurated in 2003. 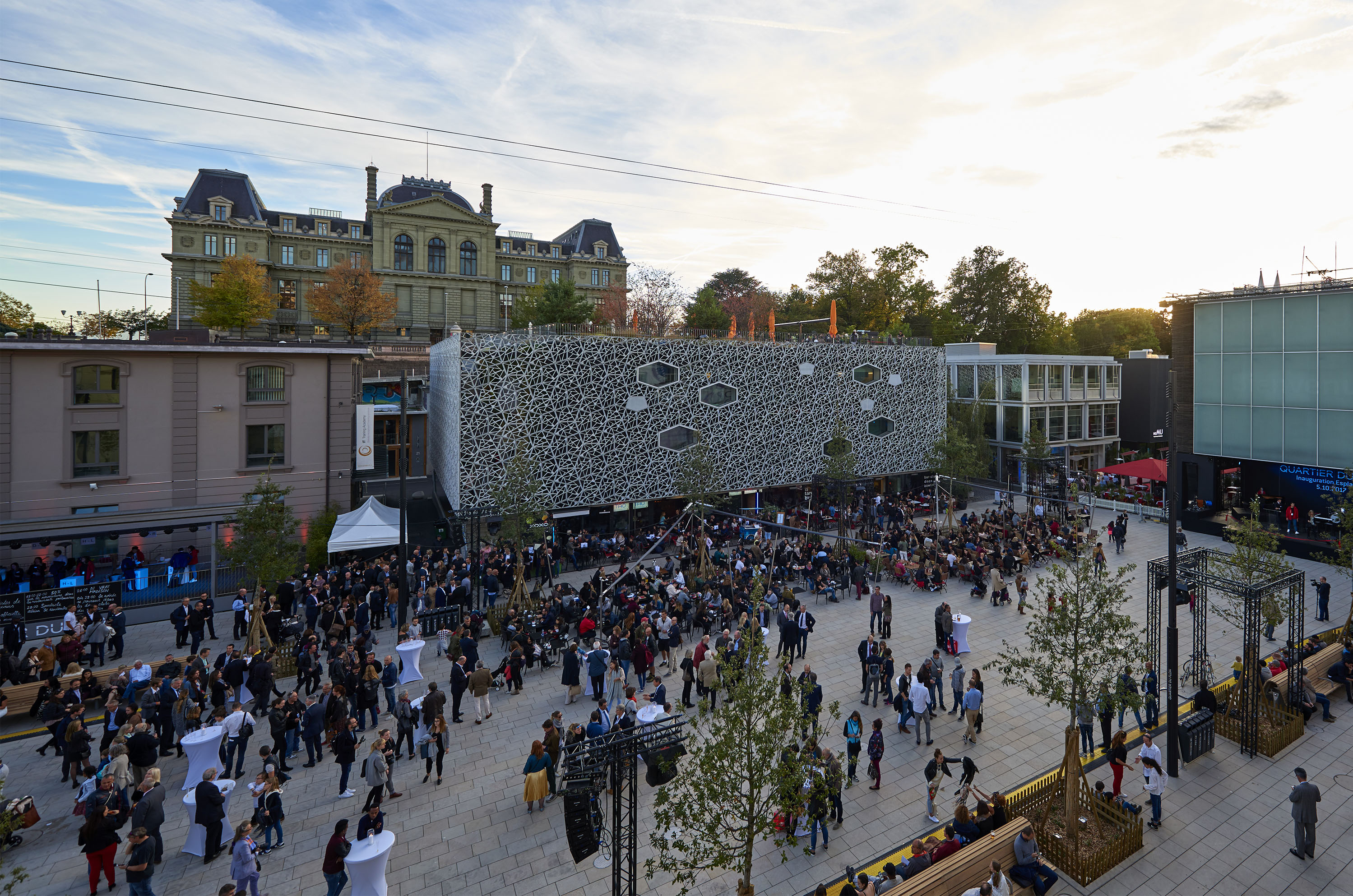 Flon’s bus and metro station at the eastern entrance of the district carries an average of 80,000 commuters a day.

Quartier du Flon was historically a goods depot. It retains its cobblestones and the remains of rails, as well as the “Voie-du-Chariot”, evoking the old industrial function of the area.

The district was named “Flon” after the river that used to run through the valley. The river has been channeled but is still visible at some stretches.